This morning on Twitter, Bakersfield Business Conference speaker Herman Cain shared a link to an appearance he made on Fox and Friends.  In the video, he talks about President Obama’s Dallas Police Memorial Service Speech and why he believes Donald Trump should select former Bakersfield Business Conference speaker Newt Gingrich as his running mate: 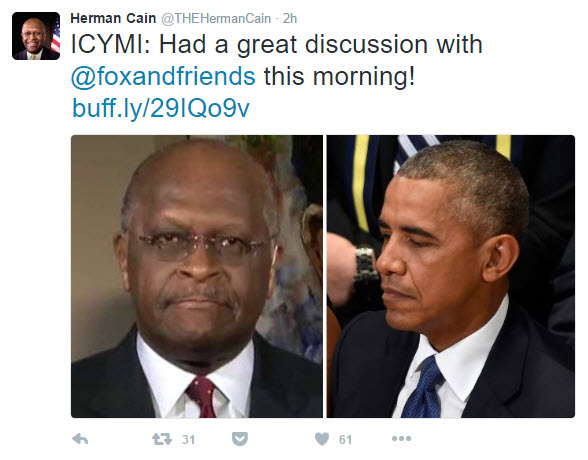 But, Ann Coulter took a very different view on Newt Gingrich.  She offered what she feels is a better choice for Vice President: 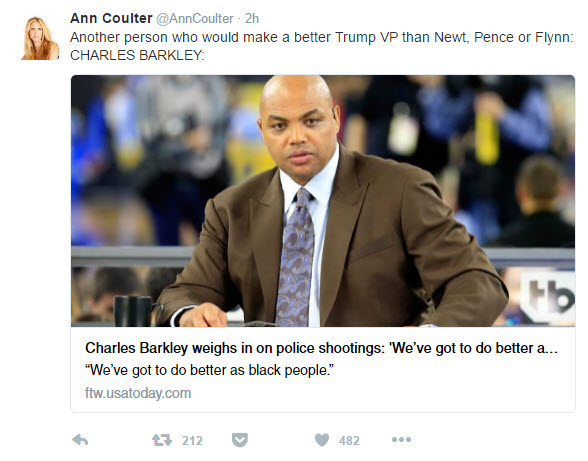 Conference speaker Laura Ingraham pointed out an oddity in a recent poll that may be a sign of changing political winds in the state of Iowa, a state that Republicans haven’t carried in a Presidential election since 1984, but which the poll suggests Donald Trump may lead today.

Meanwhile, Cal Thomas requested prayers for his wife, Ray, who is heading into surgery.

We also saw tweets from Dan Walters, California’s premier political columnist on pensions; Stephanie Miller on crime and her adorable dogs; Ben Carson on his effort to defend the courts; and the Politichicks on a whole host of matters, among others.