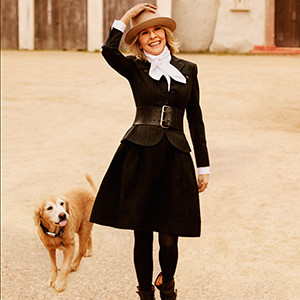 Diane Keaton is an actress, writer, director, and producer. In addition to her Oscar win for her role in Annie Hall, Keaton has garnered 23 award nominations and 17 wins.

The lead in the 1977 film Annie Hall was Keaton’s breakout role and had been written expressly for her by the movie’s director, Woody Allen. This role was based on her real-life personality and created using Keaton’s nickname “Annie” and real last name “Hall.” Keaton went on to mesmerize Hollywood and audiences throughout the country with her quirky personality and fashion sense.

Annie Hall was not her first role, however. She had her first starring role in the Broadway play “Hair.” Her first movie role was in Lovers and Other Strangers. But it was with the play “Play It Again, Sam” that Keaton received a Tony nomination and began a record of award-winning performances, including many directed by Woody Allen.

The first of several starring roles in films directed by Woody Allen was her performance in the screen adaptation of “Play It Again, Sam.” She later went on to star in the Allen films Sleeper, Interiors, Radio Days, Manhattan, Love and Death, and Manhattan Murder Mystery.

Although comedy was where Keaton experienced most of her initial success, she did earn a Golden Globe nomination for the thriller Looking for Mr. Goodbar; in that same year, she received an Oscar for Annie Hall, which also won an Oscar for Best Picture. Keaton later starred in the movie Reds, for which she received another Oscar nomination, and again stepped outside of the comedy genre to star in the 1984 film The Little Drummer Girl and Francis Ford Coppola’s The Godfather, The Godfather: Part II, and The Godfather: Part III.

and its sequel, Father of the Bride Part II, as well as by starring alongside Bette Midler in

The First Wives Club and Jack Nicholson in Something’s Gotta Give.

Keaton began directing with the documentary film Heaven. She went on to direct other projects such as the acclaimed movie Unstrung Heroes and an episode of the cult classic TV show Twin Peaks, as well as several music videos.

Over the entirety of her career, Keaton has appeared in more than 50 films, television shows, and plays. Today, she continues to act, write, and direct with an appeal that spans generations.