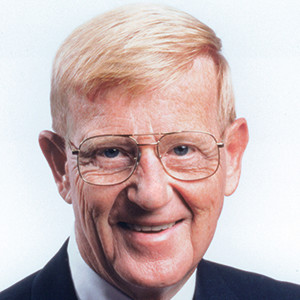 Lou Holtz is one of the most successful college football coaches of all time, an author of multiple books, and an iconic sports broadcaster and commentator.

Holtz accepted his first of seven head coaching jobs at the college level with The College of William and Mary in 1969. His career in these positions has established him as one of the greatest turnaround coaches of all-time. Despite never inheriting a winning team, Holtz compiled a 243-127-7 record. His 12 career postseason bowl victories ranks him fifth among coaches in the history of the sport in postseason bowl victories.

Highlights from his college coaching history include:

In recognition for his extraordinary accomplishments as a coach, Holtz was inducted into the College Football Hall of Fame in 2008, a very selective honor awarded to only approximately 1 in 5,000 people who have played or coached college football.

Lou Holtz knows how to win and the Bakersfield Business Conference looks forward to hearing many of his best coaching and success secrets.